You guys must be thinking, “She’s recommending The Bone Season again?” Yes, yes I am. I can’t stop thinking about the most recent release and just want all my fellow fantasy/dystopian lovers to read the series because it deserves all the praise (though, of course, I’m extremely biased at this point since I already love it so much).

Another reason I wanted to make this post is because I’ve been working on a little Paige and Warden playlist that I want to share with everyone. It’s still a work in progress but what better way to share what I have so far than by recommending the books, right?

END_OF_DOCUMENT_TOKEN_TO_BE_REPLACED

A while back while fangirling with Puput @ Sparkling Letters over our love for I’ll Meet You There by Heather Demetrios I got the idea of doing a book recommendation post for books that have characters who were or are in the military. Said post has been put off a few times but it’s finally here! 😁

I love reading books with characters who were or are in the military because nine times out of ten they turn out to be really powerful and memorable stories, I always learn something from them. I’ve noticed that I tend to find more NA or Adult with those aspects than I do YA. So, this is lacking as far as YA recommendations go. If anyone has any YA recommendations for me then let me know in the comments. I’m always on the look out for more.

END_OF_DOCUMENT_TOKEN_TO_BE_REPLACED

I felt like doing a little recommendation/mini-review for this. 💕 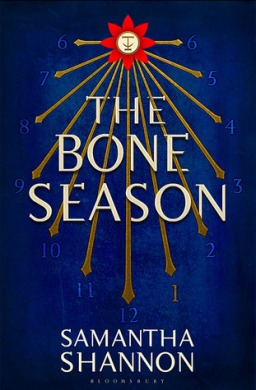 The year is 2059. Nineteen-year-old Paige Mahoney is working in the criminal underworld of Scion London, based at Seven Dials, employed by a man named Jaxon Hall. Her job: to scout for information by breaking into people’s minds. For Paige is a dreamwalker, a clairvoyant and, in the world of Scion, she commits treason simply by breathing.

It is raining the day her life changes forever. Attacked, drugged and kidnapped, Paige is transported to Oxford – a city kept secret for two hundred years, controlled by a powerful, otherworldly race. Paige is assigned to Warden, a Rephaite with mysterious motives. He is her master. Her trainer. Her natural enemy. But if Paige wants to regain her freedom she must allow herself to be nurtured in this prison where she is meant to die.

END_OF_DOCUMENT_TOKEN_TO_BE_REPLACED

Waiting on Wednesday is a weekly event/post hosted by Breaking the Spine that spotlights upcoming releases that someone is eagerly anticipating!

This week I’m spotlighting The Struggle (Titan #3) by Jennifer L. Armentrout. I am beyond excited for this book. Excited to the point of freaking out and dropping everything every single time the author posts something about it on her FB group. Sadly there isn’t a blurb for it yet and as it is the third book in the series I’m also going to use this post as a bit of a recommendation for the series. 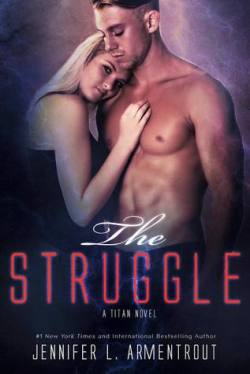 END_OF_DOCUMENT_TOKEN_TO_BE_REPLACED

I am so not procrastinating right now. Or am I? I should be reading Our Chemical Hearts but I’ve been majorly distracted by Stranger Things, which I’ve been binge watching for the past two days. (I’m almost finished and holy crap THAT SHOW!) I also got the idea for this post though so now instead of reading or watching tv I’m doing this!

I’m a huge fantasy fan. This post is a few of my favorites, some from way back when and some more recent. 😊

This is in no particular order and all of the images are clickable links to Goodreads.

END_OF_DOCUMENT_TOKEN_TO_BE_REPLACED

I haven’t really done anything that isn’t book reviews, memes, awards, or tags lately so I wanted to do something a little different. I was thinking about my favorite new adult books and decided to do this recommendation post to highlight a few of them. This is only going to be contemporary stand-alones as I’ve not read a lot of NA in other genres. If anyone has any Fantasy NA recommendations for me I am all ears, I need to find some good ones. 😊

These are in no particular order and all of the covers are clickable links that lead to Goodreads.

END_OF_DOCUMENT_TOKEN_TO_BE_REPLACED 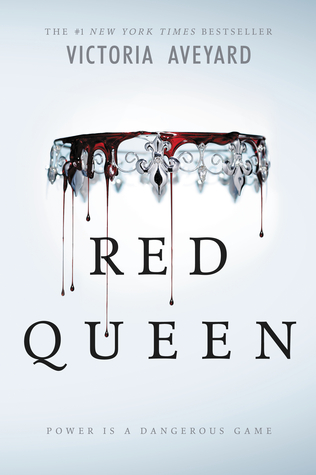 “This is a world divided by blood – red or silver.

The Reds are commoners, ruled by a Silver elite in possession of god-like superpowers. And to Mare Barrow, a seventeen-year-old Red girl from the poverty-stricken Stilts, it seems like nothing will ever change.

That is, until she finds herself working in the Silver Palace. Here, surrounded by the people she hates the most, Mare discovers that, despite her red blood, she possesses a deadly power of her own. One that threatens to destroy the balance of power.

Fearful of Mare’s potential, the Silvers hide her in plain view, declaring her a long-lost Silver princess, now engaged to a Silver prince. Despite knowing that one misstep would mean her death, Mare works silently to help the Red Guard, a militant resistance group, and bring down the Silver regime.

But this is a world of betrayal and lies, and Mare has entered a dangerous dance – Reds against Silvers, prince against prince, and Mare against her own heart.”

END_OF_DOCUMENT_TOKEN_TO_BE_REPLACED

In no particular order: 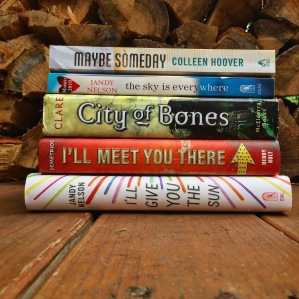